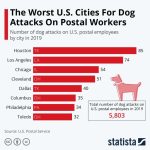 Dogs biting the mailman might seem like a classic joke, but for those who carry the mail or deliver packages the threat for bodily harm is real.  According to Statista, the U.S. Postal Service (USPS) annually documents the number of attacks on its letter carriers.  In fact, in 2019 it was nearly 6k!  Today’s infographic takes a look at that data to discover the worst cities in America for dog-vs-mailman attacks.  No word on cat attacks…..  Happy Friday!!

“The USPS provides a number of recommendations for dog owners to prevent these incidents such as keeping dogs in a separate and secure room away from the front door. Children are also recommended to avoid taking mail directly from the letter carrier in front of pets as it’s possible that the dog could view the handover as a threatening gesture.” 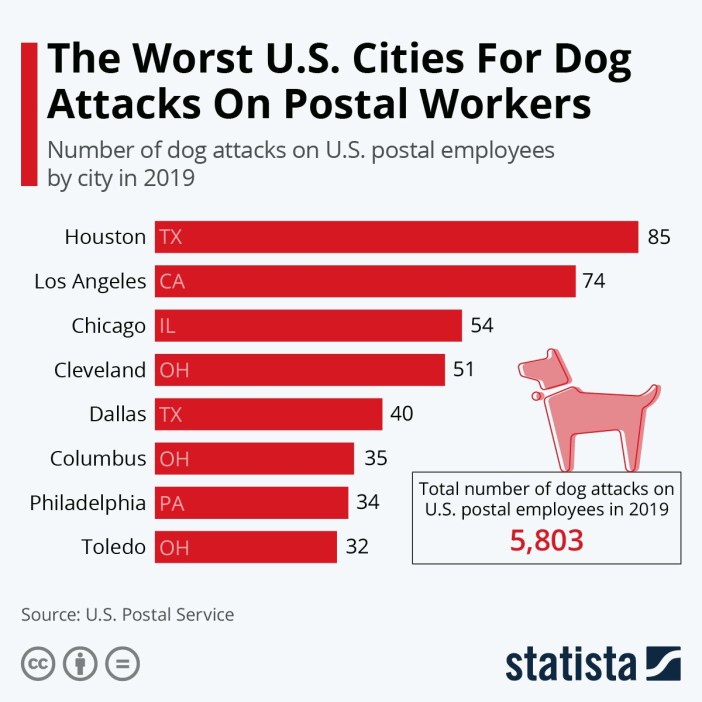