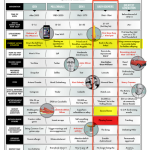 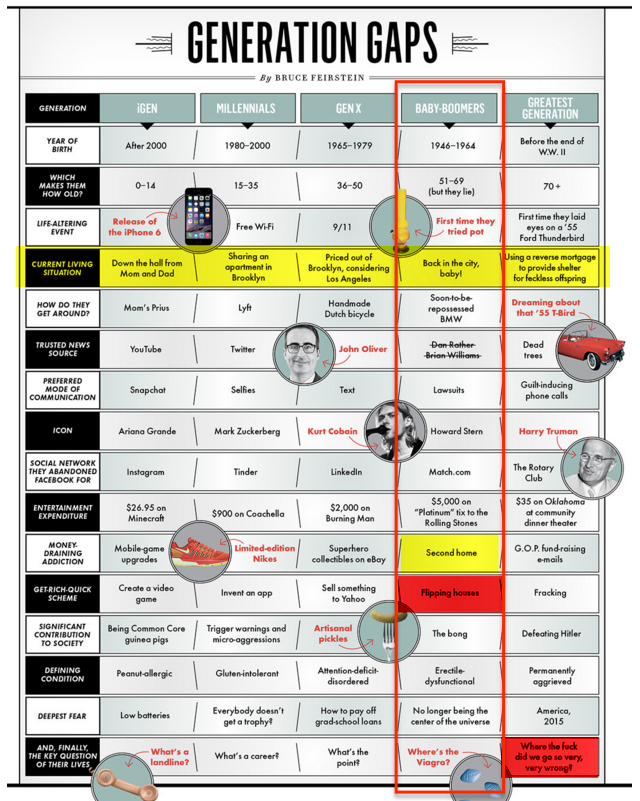 “When I’m 64…” the first time I heard those lyrics from the Beatles‘s classic song that destination seemed two centuries away, now it’s only two days.
The head of MIT’s AgeLab says that some aging babyboomers will live two decades longer than parents who died in their 60’s or early 70’s like my own.  How we reinvent that period will be the “Cathedral building of our time.”
Love that call to action because it elevates heathy aging to a spiritual path while acknowledging implications in the physical world, both the built environment and housing market.  In a single generation, the increasing size of homes and falling birth rate have tripled the amount of living space per person, rising from 300 square feet to 900 SF.
Sustainability questions raised by that level of consumption collide with housing affordability and headlines:  babyboomers can’t afford to downsize when the asking price of starting condos is nearly $ 1,000 per square foot (based on one bedroom unit with less than 500SF in Cambridge.)
As babyboomers compete with Millennials for smaller less expensive condos in urban areas, an intergenerational crisis could unfold that pits locals against each other as well as real estate speculators —- foreign investors, flippers, AirBnB operators, and institutional or iBuyers.
Instead of cannibalizing community; there’s also the potential for a resurgence.  For example, the “Golden Girl” movement has gone organically — an estimated 4 million babyboomer women living in roommate or home sharing groups of three or more.  At college reunions, conversations about downsizing mingle with aging well.
Why?  The science is in:  strong social bonds increase longevity and joy, which is at the heart of both spirituality and feeling forever young.  Real Estate Cafe is developing a series of roundtables and field trips to explore more than a half dozen different models of living in community.

We first identified 10 trends pointing to group Housing in 2013, cohosted a
#MicroHousingLab in 2015, submitted a proposal to the Boston Foundation to prototype intergenerational 21st Century Villages, been invited to cocreate standards for an OPEN HousingID, and shared how they can help people find home, their own utopia.

What’s the community or cathedral you’d like to build, or are already building and how can we collaborate?