The Visual Capitalist says just 4 countries (the US, China, Japan, and Germany) make up over half of the world’s economic output by gross domestic product (GDP) in nominal terms. Interestingly they point out that the GDP of the U.S. alone is greater than the combined GDP of 170 countries.  Recall from economics class that the gross domestic product serves as a useful barometer for a country’s economic health.  Indeed…..Today’s graphic takes a look at how the economies of the world compare by GDP….all $ 94 trillion worth of them.   Stay safe and have a Happy Friday!!!

“Generally speaking, when GDP is increasing in a country, it is a sign of greater economic activity that benefits workers and businesses (while the reverse is true for a decline).” 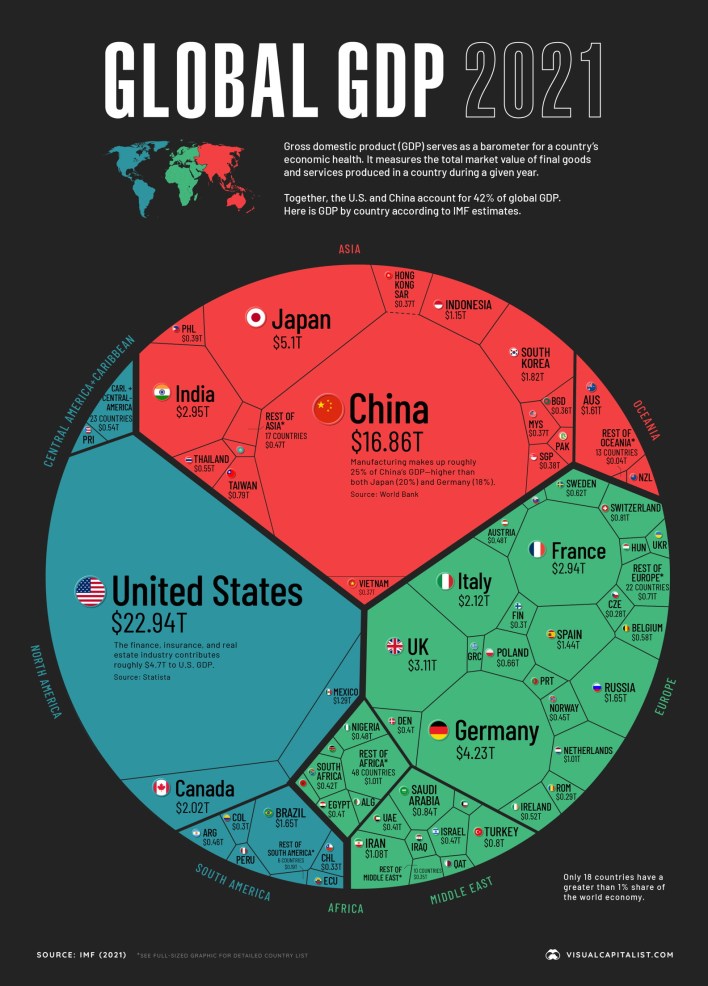 « How to Build your own Power Team
Listed: A Maine mansion fit for a governor and nature lovers »