The NAHB’s Eye on Housing recently took a close look at recent Census data to reveal that, in 2021, the U.S. experienced the lowest level of growth on record.  According to the data, U.S. population increased by 393,000 to an estimated 332 million from the previous year.  However, 2021’s estimated population growth rate of 0.12% was the lowest on record since the Census Bureau began collecting this data back in 1900. 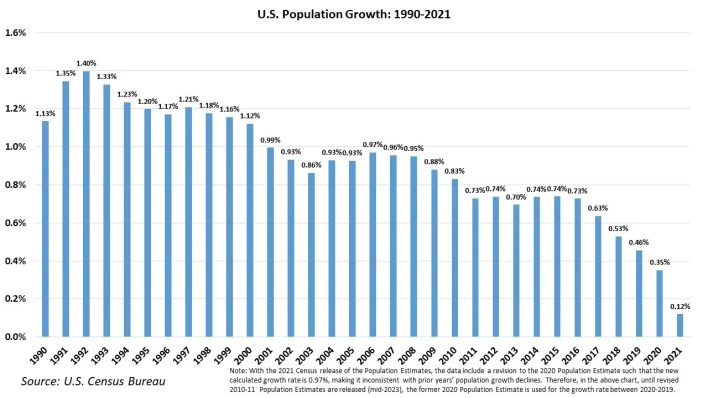 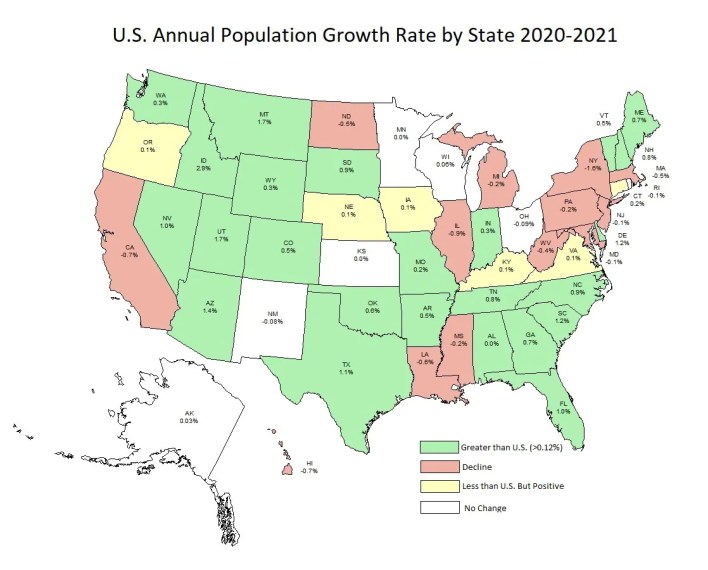 « Listed: For $589,777, a Calif. contemporary in the Connecticut woods
Boston-area design firms win Houzz awards. Here’s 10 of our favorites. »