The U.S. government is reporting that the national vacancy rates in Q3 2019 were 6.8% for rental housing and 1.4% for homeowner housing.  The national homeownership rate for Q3 2019 was 64.8%, which they report was not statistically different from one year ago.  Approximately 87.8% of the housing units in the United States in Q3 2019 were occupied and 12.2% were vacant. Owner-occupied housing units made up 56.9% of total housing units, while renter-occupied units made up 30.9% of the inventory. 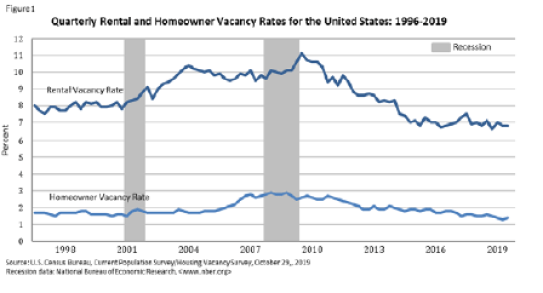 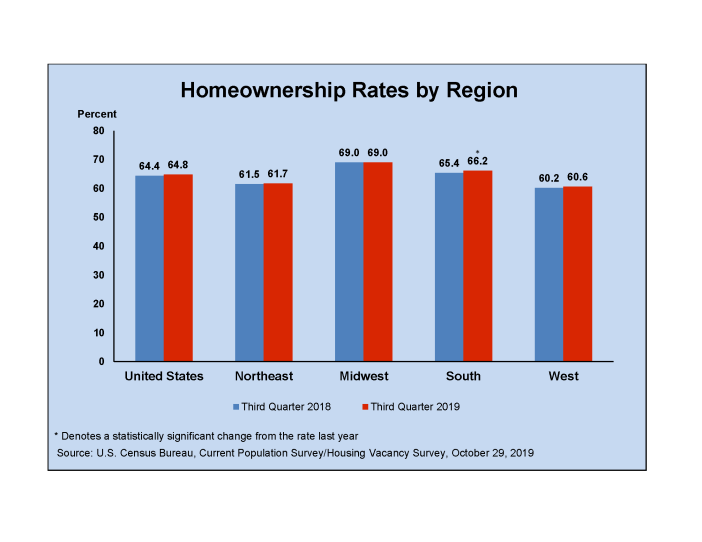