The U.S. government is reporting that the national vacancy rates in Q1 2020 were 6.6% for rental housing and 1.1% for homeowner housing.  The national homeownership rate for Q1 2020 was 65.3%.  In addition, approximately 88.6% of the housing units in the United States in Q1 were occupied and 11.4% were vacant. Owner-occupied housing units made up 57.9% of total housing units, while renter-occupied units made up 30.7% of the inventory.  Data for the second quarter will be released in July. 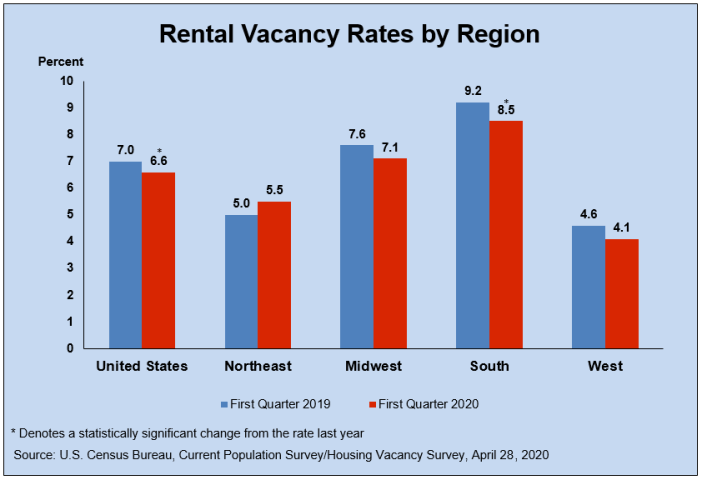 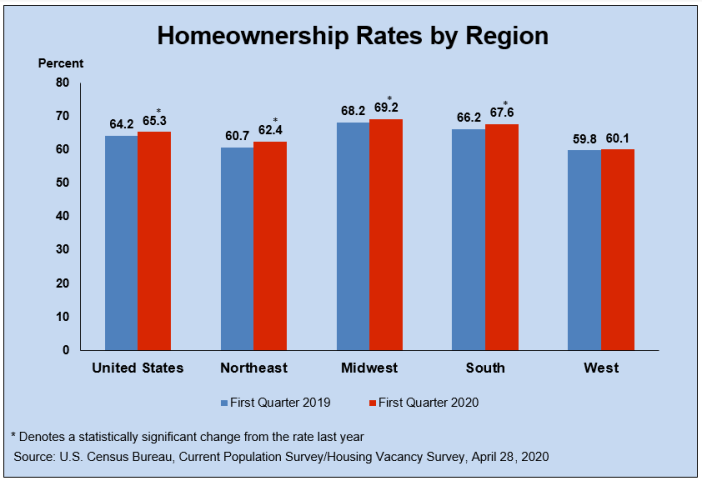