According to a recent report from the Federal Reserve Bank of New York’s Center for Microeconomic Data, total household debt increased by $ 193 billion (1.4%) to $ 14.15 trillion in the fourth quarter of 2019 – marking 22 consecutive quarters of increases.  Interestingly,the proportion of credit-card debt that was in serious delinquency increased 5.32% – the highest in 8 years.  As for mortgages (the largest component at $ 9.56 trillion), the total share of the balance increased by $ 120 billion.  Indeed….

“Mortgage originations, including refinances, increased significantly in the final quarter of 2019, with auto loan originations also remaining at the brisk pace seen throughout the year,” said Wilbert Van Der Klaauw, senior vice president at the New York Fed. “The data also show that transitions into delinquency among credit card borrowers have steadily risen since 2016, notably among younger borrowers.” 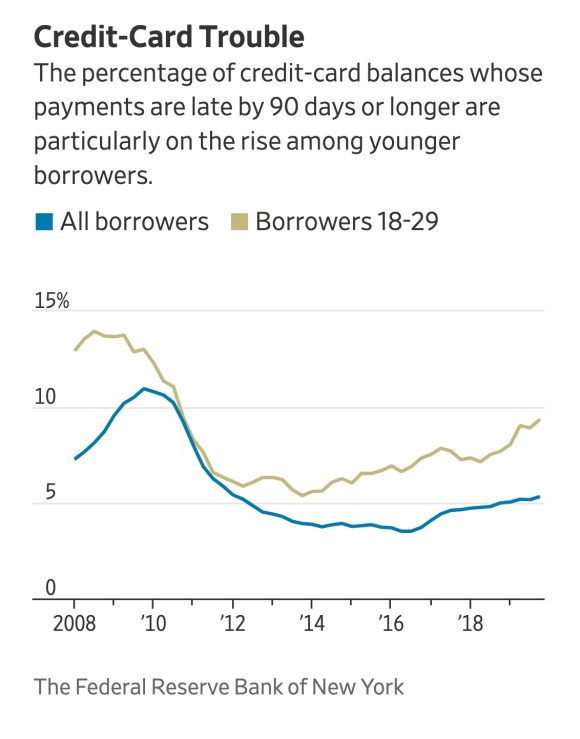 Click here to read the full report at the New York Fed.org.

Click here to read about it at the Wall Street Journal.

« This luxury Vt. development hasn’t been built yet, but it’s one-third sold
Exceptional perennials to plant this spring »