According to data from ATTOM Data’s most recent U.S. Home Sales Report, homeowners who sold in Q2 had owned their homes an average of 7.95 years, slightly up from Q1 and nearly the same as the peak of 7.96 years back in Q4 2019.  ATTOM says that metros with the longest average homeownership tenures were along the east and west coasts.  Interestingly, while the report showed that 55% of metros saw declines in average homeownership tenure from Q1 to Q2, there were areas with significant increases. 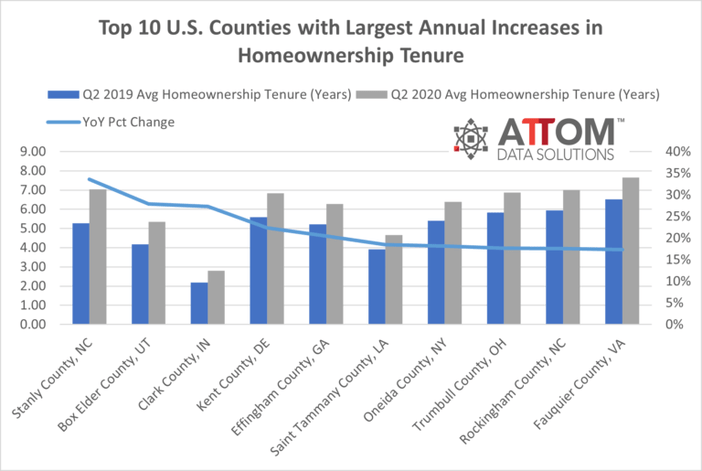 Click here to read the full report at ATTOMdata.com.

« Agents debate “Is this a housing boom, housing bubble, or what?”
US long-term mortgage rates slip — barely »