According to ATTOM Data Solutions’ recently released U.S. Foreclosure Market Report, the number of properties with foreclosure filings hit an all-time low with 165,530 filings reported.  Nationally, 0.12% of all housing units (one in every 824 housing units) had a foreclosure filing in the first half of 2020.  In addition, ATTOM broke down the numbers to reveal the top 10 metros (out of 220) with increasing foreclosure activity compared to a year ago.

“Foreclosure starts and completions were already declining rapidly last year because the housing market and the economy were riding so high. Now they’re down to lows not seen for at least 15 years as the federal government has banned lenders from pursuing most delinquent loans until at least the end of August 2020 to help people weather the pandemic.”  Said said Ohan Antebian, general manager of RealtyTrac. 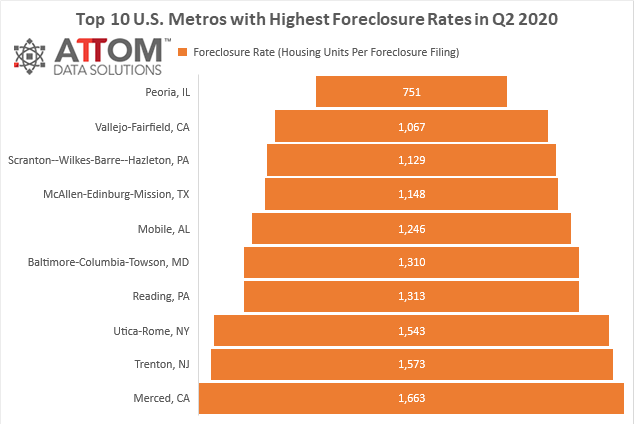 Click here to read the full report at ATTOM.com.