StorageCafe says finding a home with good bones is not easy, however, they say a lot of it depends on the location.  To that end, they analyzed over 61k active single-family listings in the 50 biggest US cities to determine their list of best cities for fixer-uppers.  They looked at several metrics, including price, number of active fixer-upper listings, home & lot sizes as well as self storage costs and inventory (which they say is useful both during & after the renovation process).  Interestingly, they point out that fixer-uppers are generally smaller in size (1,400 sq. ft. on avg. vs. 1,900 sq. ft. for standard homes). 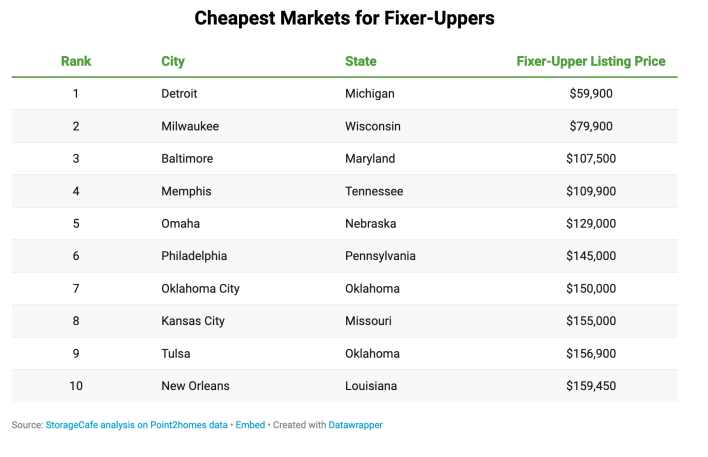 Click here to read the full report at StorageCafe.com.

« Mortgage rates swing back up (Aug. 11)
Is the answer to Massachusetts housing crisis coming to your backyard? Don’t hold your breath. »