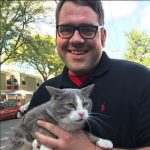 After passing the nation’s strongest COVID-19 Eviction Moratorium, a group of far left legislators are now using the Coronavirus public health crisis to push many more controversial measures, including Rent Control and Just Cause Evictions. The Legislature’s Joint Committee on Housing voted last week to recommend passage of two measures that would let cities and towns impose rent control and other tenant protections, effectively undoing a 1994 ballot measure that banned rent control in Massachusetts.

The other bill (H.B. 1319) would cap rent increases at the annual change in the Consumer Price Index (CPI) or 5%, whichever is less. The only exception to this would be for owner-occupied units of three-family homes or less with a Sec. 8 or other federal/state subsidized tenant.

As I’ve written here before, Rent Control is an experiment tried and failed many times before, and universally rejected by economists. The great thing about the 1994 vote banning rent control is we now have empirical data and a reliable study from prominent economists which has compared the Cambridge housing market during rent control vs. after rent control. We also have data and a similar study out of San Francisco. Both studies (and others from the past) have found that rent control did not work at all, and actually had the exact opposite effect — contributing to gentrification, displacement of tenants and income inequality.

The bills’ fate is far from clear. Lawmakers have a host of issues on the agenda before their formal session ends in July, and have been voting remotely, which has slowed the legislative process. Baker signaled his opposition to the bill when it was first filed last year, saying it would hinder construction of new housing, though he has said little about it lately.

« Zillow is Buying Homes Again
Building Materials Prices Up in May »