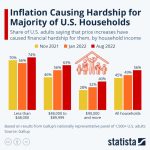 We saw in the news this past week that inflation continues to rear its ugly head.  Today’s graphic from Statista illustrates how inflation is causing hardship for the majority of U.S. households.  Stay safe, watch your wallet and have a Happy Friday!!!

“As inflation remains at the highest level in more than 40 years, millions of Americans are facing financial hardship due to rising consumer prices. According to a survey conducted by Gallup in August, the majority of U.S. adults now say that price increases are causing financial hardship for their household…” 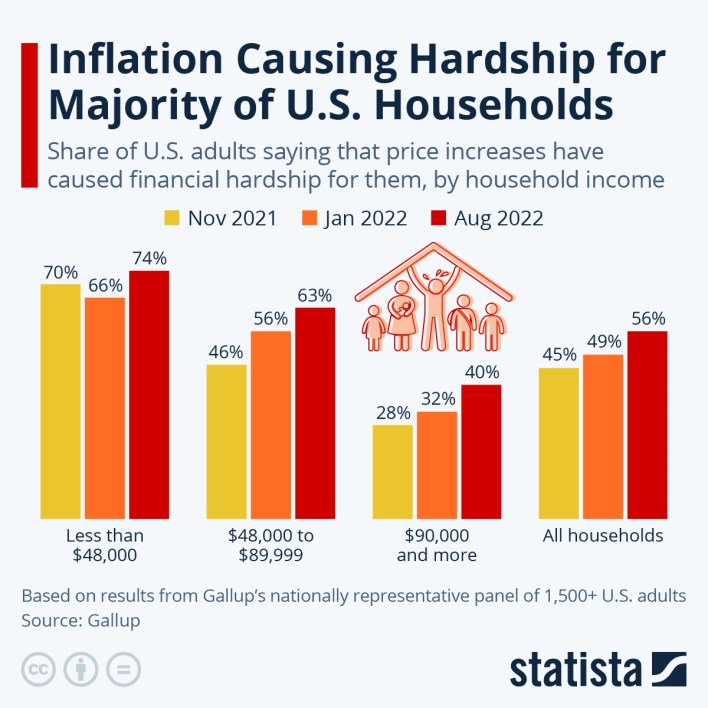