Rentable (formerly known as ABODO) says that the median nationwide rent price for one-bedroom units in February was $ 1,124 with two-bedroom units coming in at $ 1391.  They point out that not one city moved more than 8% in any of their top ten loser & gainer lists, which they say is a strong indication of a lackluster market.  Indeed…

“Unfortunately, uncertainty prevails, as the vaccine rollout has been rocky, and the stock market has been anything but orderly. Interestingly, oil prices have firmed and crossed the $ 50 barrier as the oil market views Biden’s presidency as a precursor to tightened supplies and increased U.S reliance on foreign oil. In addition, new national eviction restrictions are being rolled out.” 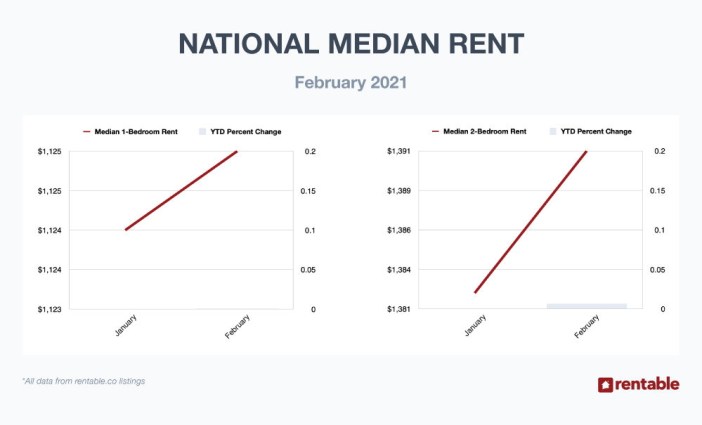 Click here to read the full report at Rentable.co.

« Report: US home buyers want to live in the city as much as the suburbs. But what about Boston?
The hottest decorating trends for 2021 aren’t trendy at all — and that’s the point »