Rentable (formerly known as ABODO) says that the median nationwide rent price for one-bedroom units in March was $ 1,123 with two-bedroom units coming in at $ 1385.  Interestingly, they point out that none of the cities in their top ten loser/gainer lists moved more than 9%.  They say this is a “strong indication of a lackluster market as double-digit gainers and/or losers were not apparent.”  Indeed…. 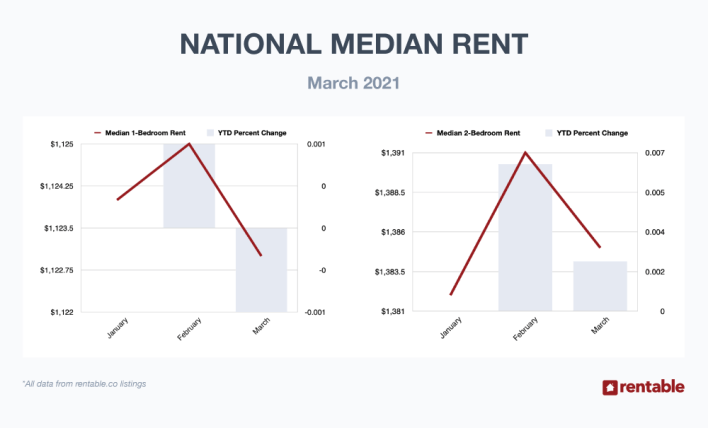 Click here to read the full report at Rentable.

« CASA Share: Dreaming of the Saints Next Door!
Widett Circle could be home to a massive Amazon distribution center »