We have been hearing about this from several sources and now Redfin says they have concrete evidence that rural and suburban neighborhoods are becoming more desirable to homebuyers than cities.  According to their data, at the beginning of August, home prices in rural areas were up 11.3% (year-over-year) while homes in urban areas only experienced a 6.7% increase.  Redfin said this trend of higher price growth in the rural areas has been happening since April.  In addition, they say there’s simply more demand (and less supply) for rural and suburban neighborhoods than cities as the pandemic influences homebuyer preferences.  Indeed…

“We’ve been speculating about increasing interest in the suburbs and rural areas since the start of the pandemic,” said Redfin economist Taylor Marr. “Now we’re seeing concrete evidence that rural and suburban neighborhoods are more attractive to homebuyers than the city, partly because working from home means commute times are no longer a major factor for some people. And due to historically low mortgage rates, interest is turning into action…” 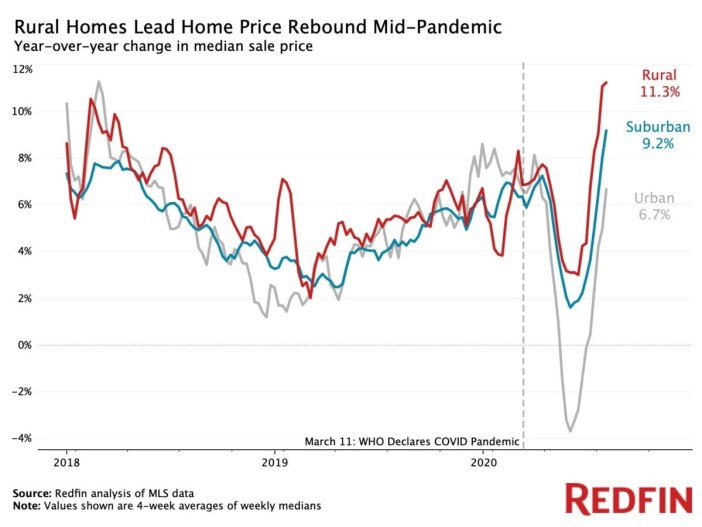