Redfin Says Homebuyer Migration is at an All-Time High

A new report from Redfin says a record number of homebuyers are relocating, many in search of affordability as prices and mortgage rates soar.  According to the data, migration was at an all-time high in April in May coming with 32.3% of Redfin users nationwide saying they were looking to move to a different metro area.  Interestingly, The Florida metros of Miami & Tampa topped the list of most popular destinations for homebuyers.

“Miami has topped the list all year, and Tampa just surpassed Phoenix for the number-two spot….Tampa is becoming more popular with relocating homebuyers largely because it’s relatively affordable…” 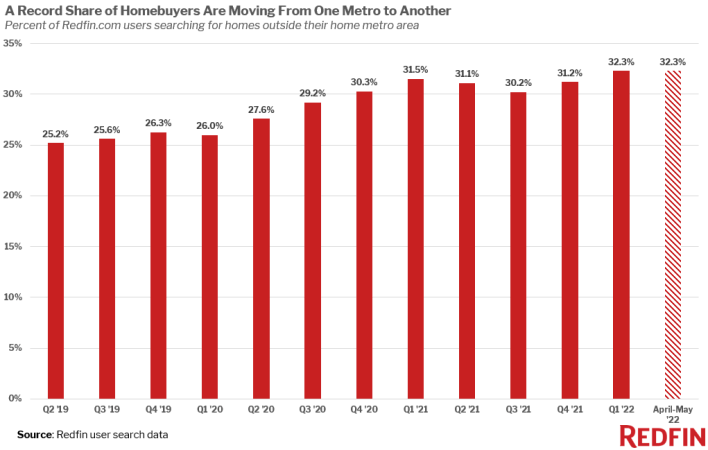 « A renovation to tweet about: Addition to Somerville cottage included an aviary for three beloved birds
Ask the Remodeler: The cellar and garage walls are turning pink »