Redfin: Home Sales Getting Canceled at Highest Rate Since Start of the Pandemic

New data from Redfin shows that home sales are getting canceled at the highest rate since the start of the pandemic.  They say some buyers are backing out of deals as the slowing housing market gives them more room to negotiate – with some being forced to renege on contracts because of higher mortgage rates.  Data shows that nearly 60k home-purchase agreements fell through in June, equal to 14.9% of homes that went under contract that month.

“The slowdown in housing-market competition is giving homebuyers room to negotiate, which is one reason more of them are backing out of deals…Buyers are increasingly keeping rather than waiving inspection and appraisal contingencies. That gives them the flexibility to call the deal off if issues arise during the homebuying process.”  Said Redfin Deputy Chief Economist Taylor Marr. 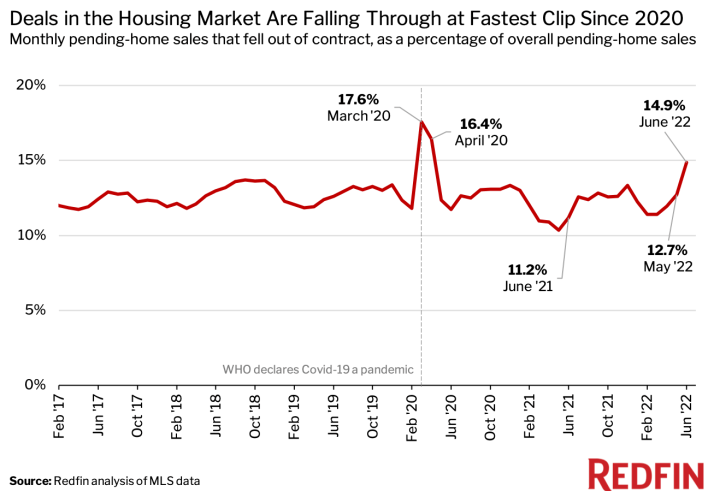 Click here to read the full report at Redfin.

The post Redfin: Home Sales Getting Canceled at Highest Rate Since Start of the Pandemic appeared first on Real Estate Investing Today.