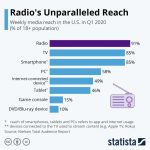 Today’s infographic from Statista reminds us that out of all the media that is used to reach customers, radio still comes out on top.  In fact, citing data from Nielsen, on any given week radio reaches 91% of the U.S. population.  Indeed…Stay safe and have a Happy Friday!!!

“According to Nielsen’s measurements, far more than 200 million Americans aged 18 and older listen to the radio at least once a week, equaling a reach of 91 percent of the adult population. Smartphones and television share second place, both reaching 85 percent of U.S. adults in any given week.” 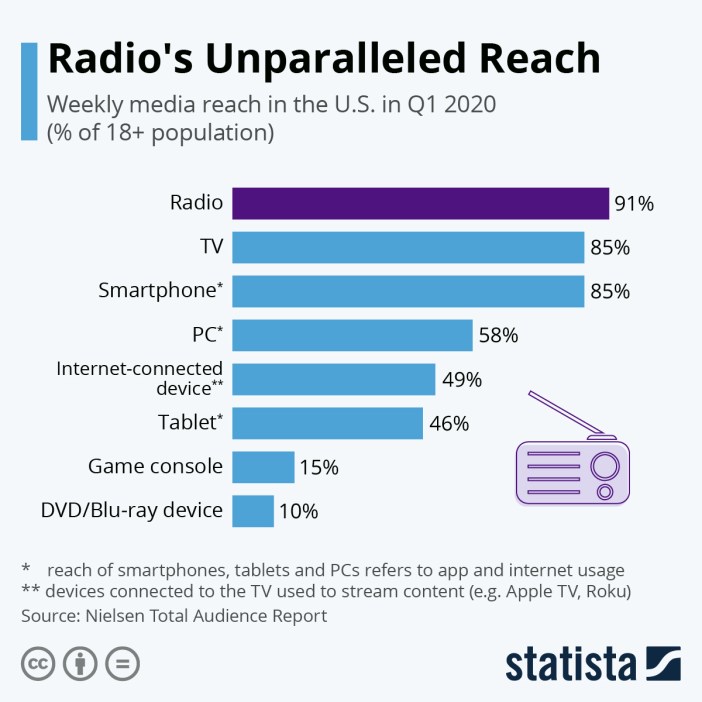 « These charming homes will have you heading for the suburbs — for $500,000 or less
Housing construction dropped everywhere in the US in January but the Northeast »