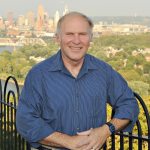 As the ranking member of the House Committee on Small Business, I hear time and time again from small business owners who become entrepreneurs to achieve the American Dream. However, their continued success can create ripples far beyond their individual lives. When their businesses hire or expand facilities, they create jobs and drive the economy in their communities. A slate of successful businesses, combined with pro-business policies, can attract potential investors and entrepreneurs to the area and create a positive business ecosystem.

Unfortunately, not all communities – even within the same city – receive the same level of investment. Sometimes, the loss of a major employer or industry starts a cycle where vacant storefronts discourage new businesses and a lack of employment prompts some to move. This problem of low or underinvestment affects lots of places, from former coal towns to urban enclaves, and can cause a host of secondary social and economic issues.

Recently, I had the chance to discuss one possible solution with leaders from Cincinnati’s business community and representatives from several regional chambers of commerce, law firms and economic development agencies. That solution is opportunity zones.

Opportunity zones were established in the 2017 Tax Cuts and Jobs Act and intended to encourage investment in economically disadvantaged communities using select tax incentives. The zones are tracts of land that meet certain criteria for median income and poverty rate as established by previous tax provisions. A smaller number of zones can be contiguous to those who meet the income and poverty rate conditions. Governors nominated a limited number of these areas, and the U.S. Secretary of the Treasury officially designated them as opportunity zones.

To take advantage of the tax benefits, investors must create a Qualified Opportunity Fund that they use to invest in these areas. In return, capital gains tax is deferred for reinvested funds. Incentives improve as funds are held in the opportunity zone. After holding the investment for five and seven years, an investor’s capital gains tax liability can be reduced by 10% and 15%, respectively, and after 10 years, liability on new gains from the investment can be canceled altogether. This mechanism ensures that benefits can only be realized by committing to the community for a significant period.

That’s a lot of technical stuff, but the bottom line is that businesses sustain communities, and when they leave, it can be hard to reestablish a neighborhood. By creating benefits to settling in underserved areas, opportunity zones have the potential to revitalize areas across the country through public-private partnerships such as those we see in the city of Erie, Pennsylvania, and right here in Over-the-Rhine.

Of course, as with any new federal program, we must consider the impact on program participants, community stakeholders and the American taxpayer. Some recent articles have portrayed opportunity zones as a gimmick that will only benefit real estate developers. While I disagree with this characterization, I agree that there should be a strong focus on how small businesses can engage in and benefit from opportunity zones. Additionally, the rules and regulations of the program must be written so they are not unnecessarily burdensome to potential investors. At our roundtable, I had the chance to discuss these issues as well as potential solutions, and we certainly have a lot to consider as we continue to work on this issue at the federal level.

While other tax incentive programs have aimed to increase development in low-income areas, some have had mixed results, and many had restrictive requirements.  Opportunity zones offer a more flexible approach that I believe has the potential to truly make a difference for our nation’s underserved communities.

Congressman Steve Chabot represents Ohio’s 1st District in the U.S. House of Representatives and is the ranking member of the House Committee on Small Business.  He has proudly served Ohio’s First Congressional District for 20 years. A lifelong Cincinnatian, Steve previously served as a Cincinnati City Councilman and Hamilton County Commissioner for five years each prior to being elected to Congress in 1994.