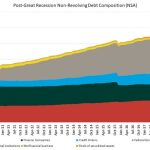 The NAHB’s Eye on Housing picked up on an interesting tidbit in the latest Federal Reserve G.19 Consumer Credit Report that shows rising trends in consumer credit, excluding loans secured by real estate, through August 2019.  They point out that most of the increase in this period also owed to the closed-ended credit extended by the federal government, which is also the largest component of nonrevolving debt which they say manifests most prominently in the form of student loans – a long-established barrier to homeownership.  Indeed… 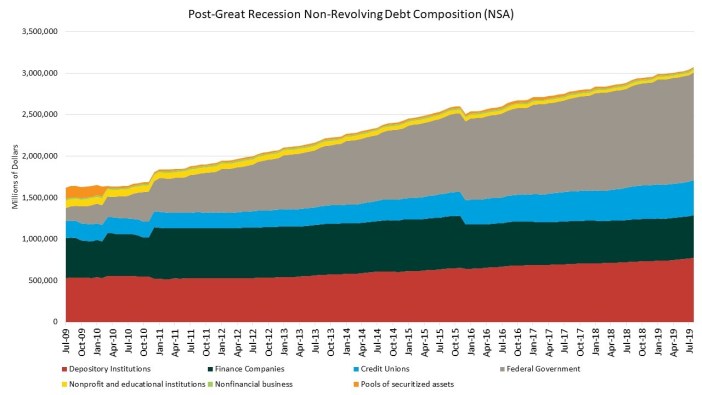