Most Commonly Spoken Language in Every U.S. State (except English & Spanish)

What are the most commonly spoken languages across our fruited plain (besides English & Spanish)?  Today’s graphic from our friends at the Visual Capitalist remind us that the U.S. is a culturally diverse country, home to a plethora of languages.  Yes, indeed….. Stay safe and have a Happy Friday!!

“In 2019, approximately 78% (241 million) of all 308.8 million people ages five and older reported speaking only English at home regardless of their nativity. The remaining 22% (67.8 million) reported speaking a language other than English at home.  Based on this data, Mandarin and Cantonese were the most common non-English, non-Spanish languages spoken in the U.S., with more than 3.4 million speakers across the country.” 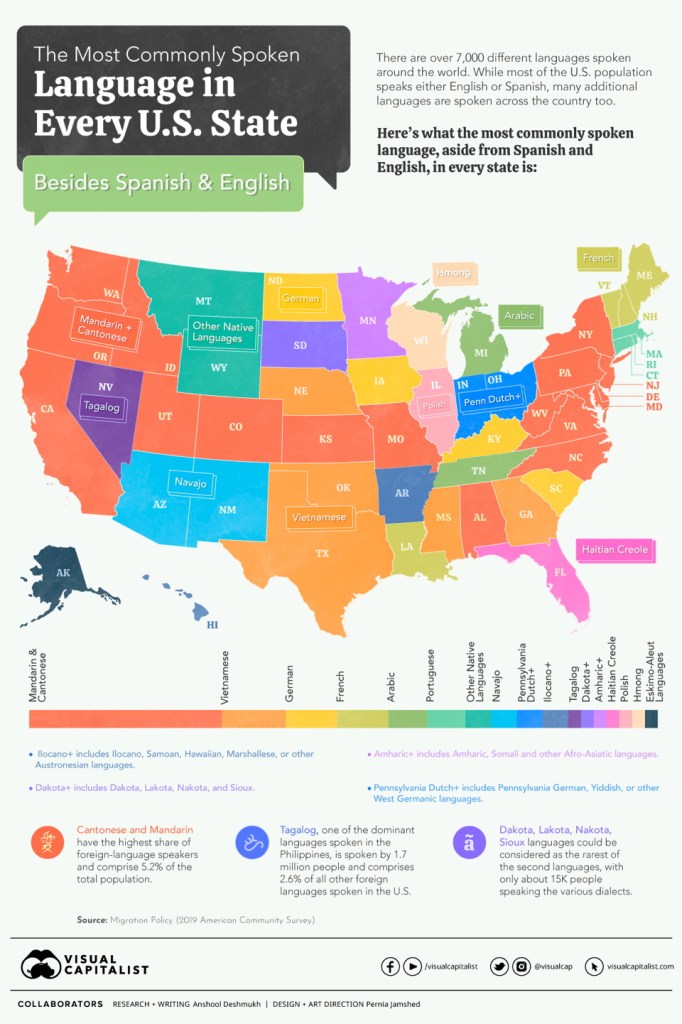 The post Most Commonly Spoken Language in Every U.S. State (except English & Spanish) appeared first on Real Estate Investing Today.