Mortgage delinquency rates are at their lowest levels since the 70’s, according to the Mortgage Bankers of America’s National Delinquency Survey.  The report says that the delinquency rate for mortgage loans on one-to-four unit properties decreased to a seasonally adjusted rate of 3.77% of all loans outstanding at the end of Q4 2019.  Indeed…

“The mortgage delinquency rate in the final three months of 2019 fell to its lowest level since the current survey series began in 1979,” said Marina Walsh, MBA’s Vice President of Industry Analysis. “Mortgage delinquencies track closely to the U.S. unemployment rate, and with unemployment at historic lows, it’s no surprise to see so many households paying their mortgage on time.” 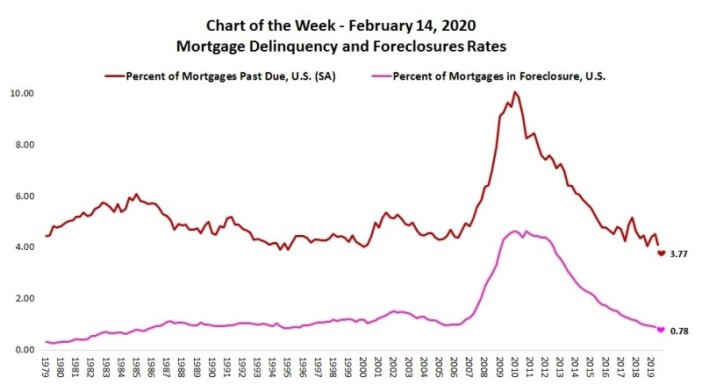 « Tips for creating an eco-friendly, ‘sustainable’ garden
This luxury Vt. development hasn’t been built yet, but it’s one-third sold »