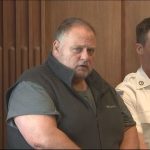 As I’ve written here before, I have been representing three families victimized in a well publicized criminal real estate scheme involving forged deeds and the theft of millions of dollars in real estate.

I’m happy to report that Attorney General Maura Healy’s Office has announced a new round of indictments issued by a statewide Grand Jury against the suspected mastermind of the scheme and his son. Allen Seymour, 50, was indicted on charges of larceny of more than $ 1,200 and four counts of forgery. Seymour’s son, Corey Seymour, 26, of Worcester, was indicted on one count of conspiracy to commit money laundering and three counts of money laundering.

Thanks to my clients’ grand jury testimony, Seymour was previously indicted on 22 felony charges of forgery and money laundering. His former wife, Tina Seymour, was also indicted in the scheme.

Seymour, who used the alias “Rich Chase,” targeted elderly and unsophisticated homeowners, using forged deeds and fake notary stamps to sell their properties out from under them, flipping them to wealthy investors, and pocketing the cash. Seymour targeted properties in Cambridge, Brookline, and Somerville. As claimed in my lawsuits, Seymour also worked with a group of accomplices including Newton police lieutenant, Francis Foley III, who was not indicted but remains under investigation and on paid leave from the force.

I have filed three separate civil lawsuits seeking to undo the fraudulent transactions which remain pending. I am hopeful that all of my clients will receive the justice they deserve.