Is American becoming a renter nation?  A recent article by the Wall Street Journal (reposted on Realtor.com) takes an deep-dive into the empire created by billionaire B. Wayne Hughes and how his American Homes 4 Rent has altered the landscape of homeownership in America.  According to the article, during the previous housing crisis, Hughes went to Las Vegas & Phoenix to begin his plan of buying foreclosed homes to fix up and rent.  Now fast-forward to the present and the WSJ says his “land grab” has paid off as the “economic downturn, the rising unaffordability of homeownership and a global pandemic push a new generation to suburban home rentals.”  Indeed…

“…Mr. Hughes’s American Homes 4 Rent, which has about 53,000 suburban houses in 22 states and collects about $ 1 billion in annual rent from tenants who are typically pet-owning parents in their late 30s with six-figure incomes. In May, its showings to prospective tenants were up 22% year over year and more than 2,400 leases were signed, the most in a month since 2015. The Agoura Hills, Calif. company is racing to add even more houses amid the current economic upheaval, including building thousands expressly to rent.” 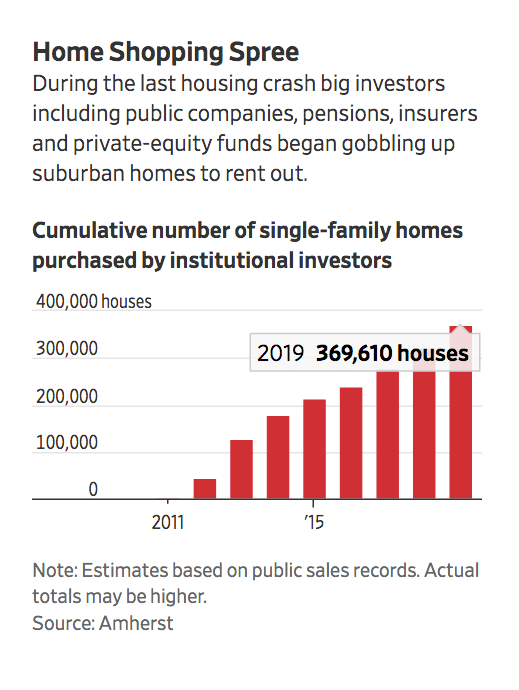 The post Man Who Built a Self-Storage Empire Now Wants to Rent You a Home appeared first on Real Estate Investing Today.

« Home loan refinancing is surging with mortgage rates at historic lows
Daisies bring an easy, sunny look to any garden »