According to a recent report from Redfin, sales of luxury homes priced at $ 1.5 million+ increased 3.2% in Q3, 2019 which they say is a sign that the high-end market is moderating after recession fears affected it during the first two quarters.  However, the average sale price for these homes increased 0.3% year over year to $ 1.6 million during this period, marking the first time in three straight quarters that did not see a decline.  In addition, supply of homes priced at $ 1.5 million+ rose 9.3% year over year in Q3, marking the sixth consecutive quarter of growth.

“The U.S. economy grew faster than expected in the third quarter, partly as a result of healthy consumer spending. Those results, along with flat luxury home prices and rising sales, go to show that Americans are basing their spending habits on their own personal financial situation rather than concerns about global economic tensions. For many, that means strong incomes and good employment prospects.”  Said Redfin chief economist Daryl Fairweather. 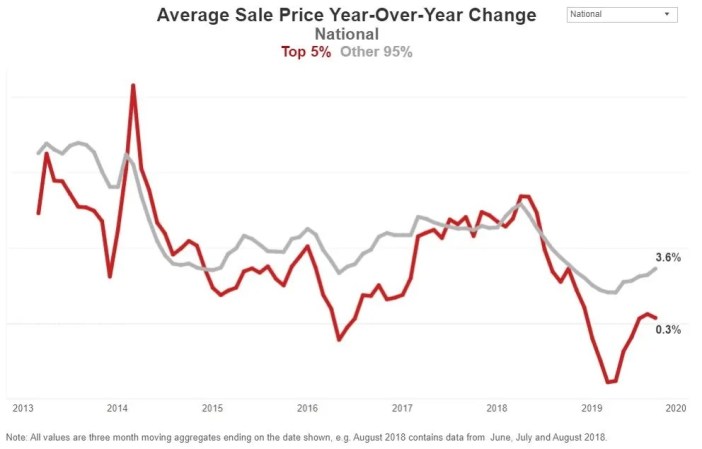 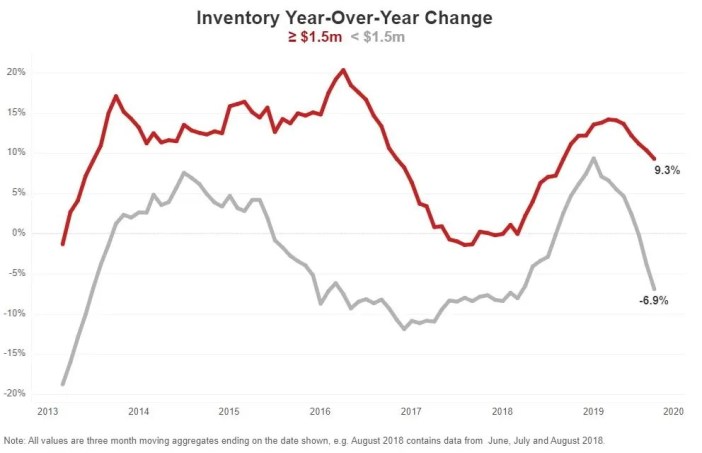 « For $795,000, a Medford home with impressive tile is near planned T stop
Luxury Home of the Week: For $7.2 million, a South End town house with a sliding TV wall »