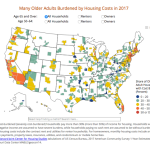 We have posted a lot about the growing segment of retiring baby-boomers and where/how they’re going to live.  A new report from Harvard’s Joint Center for Housing Studies (JCHS) says “housing inequality is becoming increasingly evident among older Americans as the number of older households climbs to unprecedented levels” and with that the requisite cost burden warnings.  However, they also remind us that between between 2012-2017, the number of households headed by someone 65+ grew from 27 million to 31 million.  And, as real estate investors know, they will all need a place to live – whether it’s a downsizing or just a relocation.

“The falloff in homeownership rates among those approaching retirement, and the elevated levels of mortgage debt among those who do own, is concerning,” says Chris Herbert, Managing Director of the Joint Center for Housing Studies. “And there are significant differences in owners and renters when it comes to preparedness for retirement.” 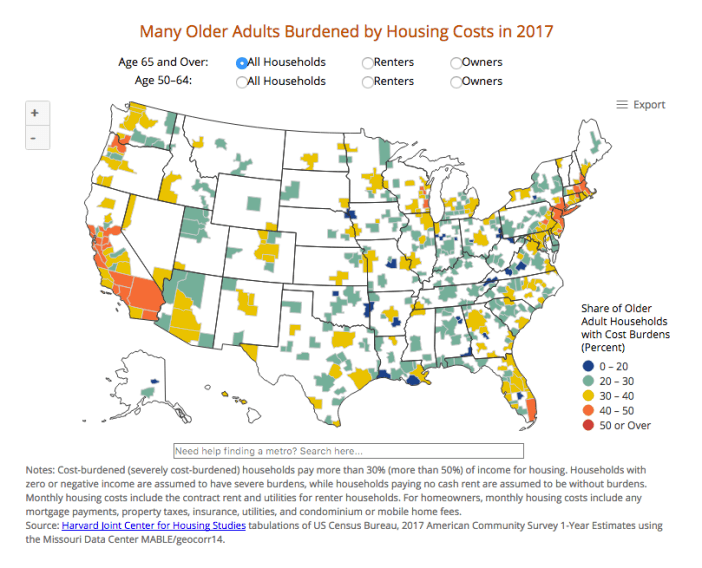 Click on the chart above to make it interactive.

Click here to read the full report at Harvard’s JCHS.