We saw last month that during the final quarter of 2019 the homeownership rate increased to 65.1%, the highest level in 7 years.  A recent “chart of the week” from the Mortgage Bankers Association took a deeper dive into the numbers to breakout the homeownership rate by age.  They find that older homeowners are staying put longer than previous generations.  Indeed…. 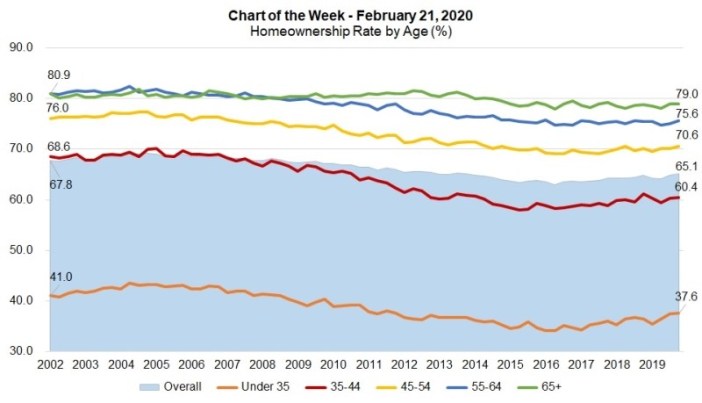 « Snapped up: Listed for nearly $1.2 million, a Concord contemporary with an amazing sun porch
Snapped up: A renovated two-bedroom in Southie with roof rights »