Bloomberg is reporting that the supply of new homes on the market has climbed to its highest level since 2010.  They point out that for years the housing market has been plagued by too little inventory, now builders are suddenly finding themselves with a glut of unsold homes.

“Despite the fact that there aren’t enough housing units in the country, builders are not willing to take the gamble that’s required to build them,” said Jerry Howard, chief executive officer of the NAHB. “They’re afraid that, in a recessionary environment, they won’t be able to sell them.”

“Builders are reluctant to add too many homes to their pipeline when they don’t know where interest rates — and buyer demand — will be when homes are completed, Reichardt said. They also are contending with rising inventory in the existing-home market, giving house hunters other options, according to housing economist Ralph McLaughlin.” 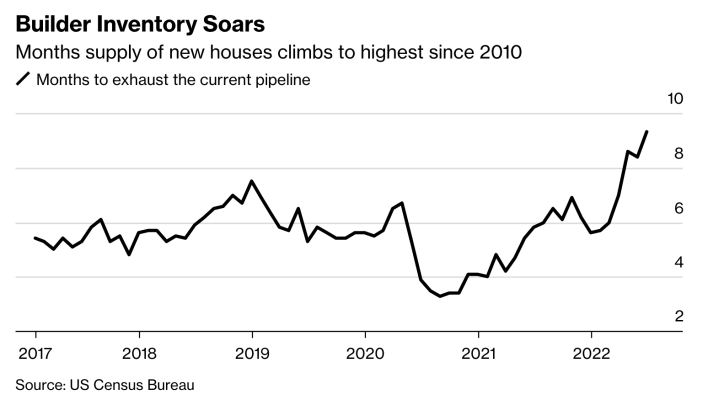 Click here to read the full story at American Airlines.

« A new report names Massachusetts the best state to live in
Readers: Share your craziest Sept. 1 moving stories with us »