Flipping on the Rise While Profit Margins Fall

ATTOM says that even though home flipping is on the rise, the profit margins associated with those flips are at a 10-year low.  According to their Q2 2021 U.S. Home Flipping Report, 79,733 single-family homes and condominiums were flipped in the second quarter representing 4.9% of all home sales in the Q2, or one in 20 transactions – the first increase in more than a year.  The report also pointed out that flipping rates were up in almost 80% of local markets.

“Home flipping rebounded during the second quarter. But profits sure didn’t, as the typical home flip around the country netted the smallest return on investment in a decade…However, it’s not like home flipping has become a losing proposition. A 33 percent profit on a short-term investment remained pretty decent, even after renovation and holding expenses. But with a few more periods like the second quarter of this year, investors may need to reframe how they look at these deals.”  Said Todd Teta, chief product officer at ATTOM. 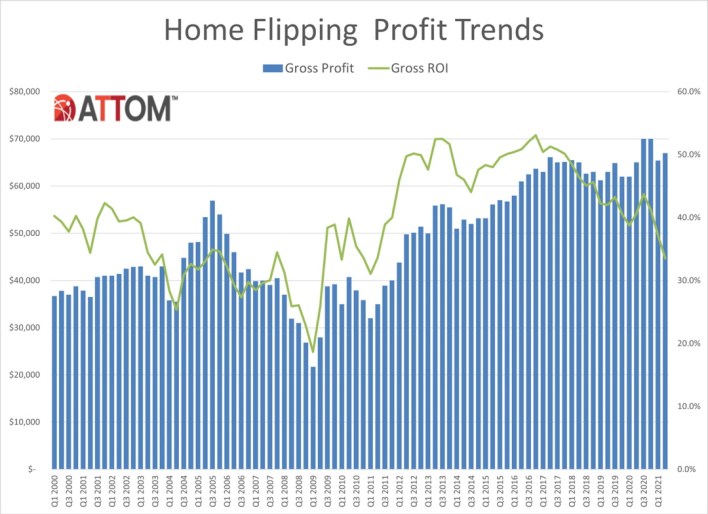 Click here to read the full report at ATTOM Data.