According to the latest Federal Housing Finance Agency’s (FHFA) House Price Index (HPI), U.S. house prices were up 0.3% in January, 2020.  In addition, they report that home prices were up 5.2% from January 2019 to January 2020.  The FHFA produces the nation’s only public, freely available house price indexes (HPIs) that measure changes in single-family house prices based on data that cover all 50 states and over 400 American cities and extend back to the mid-1970s.  The FHFA’s HPIs are built on tens of millions of home sales and offer insights about home price fluctuations at the levels of the nation, census division, state, metro area, county, ZIP code, and census tract.

“U.S. house prices continued to increase at a moderate pace in January,” according to Dr. Lynn Fisher, Deputy Director of the Division of Research and Statistics at FHFA. “Transactions in January were unlikely to reflect much, if any, influence from the COVID-19 outbreak…” 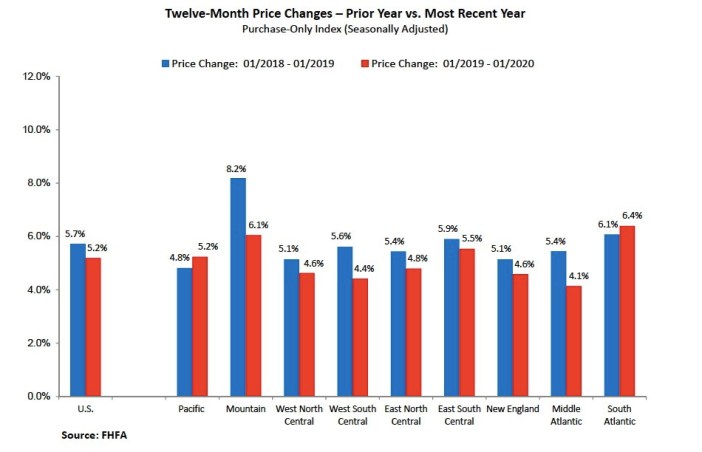 Click here to read the full release at FHFA.gov.