According to Apartment List’s October National Rent Report, only a few cities still remain cheaper than what they were pre-pandemic – and they say those are unlikely to remain much longer. In addition, they report that since January the national median rent has increased by a staggering 16.4%. They put that into context by pointing out that rent growth from January to September (2017-2019) only averaged 3.4%.

“With rents rising virtually everywhere, only a few cities still remain cheaper than they were pre-pandemic, and even these remaining discounts are unlikely to persist much longer. At the other end of the spectrum, there are now 22 cities among the 100 largest where rents have increased by more than 25 percent since the start of the pandemic…” 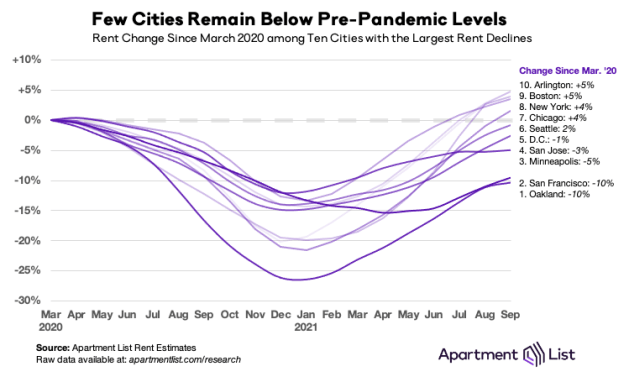 « Fire Prevention Week is October 3-9, 2021
Mortgage rates surge past 3% for the first time since June »