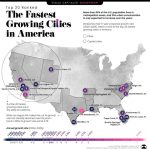 The Visual Capitalist reminds us that the world has become increasingly more urbanized, especially in the United States – with over 80% of our population concentrated in key metro areas.  So, which of these urban areas (those with 300k+ people) are growing the fastest?  Take a look at the infographic below……and, as always, stay safe and have a Happy Friday! 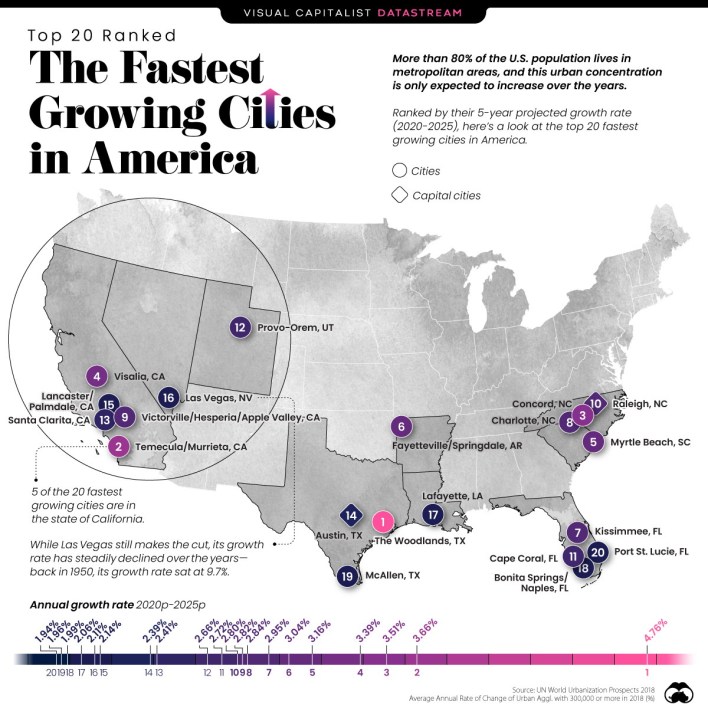