Construction Spending Down Slightly in October 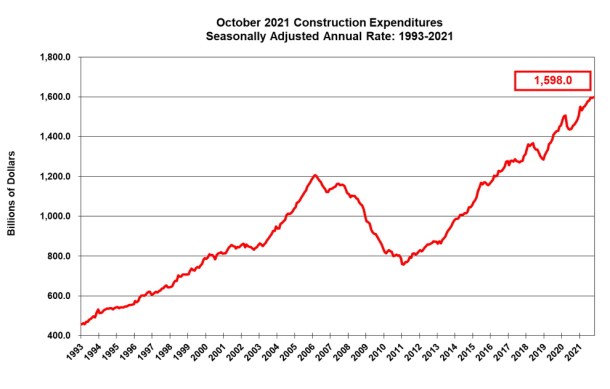 « These will be the top 7 home trends of 2022, Zillow says
Home Depot Holiday Gift Ideas »