The U.S. Census Bureau recently reported that the resident population of the United States on April 1, 2020, was 331,449,281.  This figure represents a 7.4% increase from 2010’s number.  Today’s infographic from the Census Bureau illustrates the percentage of change in resident population, for all 50 states (including D.C. & Puerto Rico).  The most populous state is California and the least populous is Wyoming.  The fastest growing state was Utah and the state that gained the most numerically since 2010 was…drum-roll please….Texas.  Stay safe and have a Happy Friday! 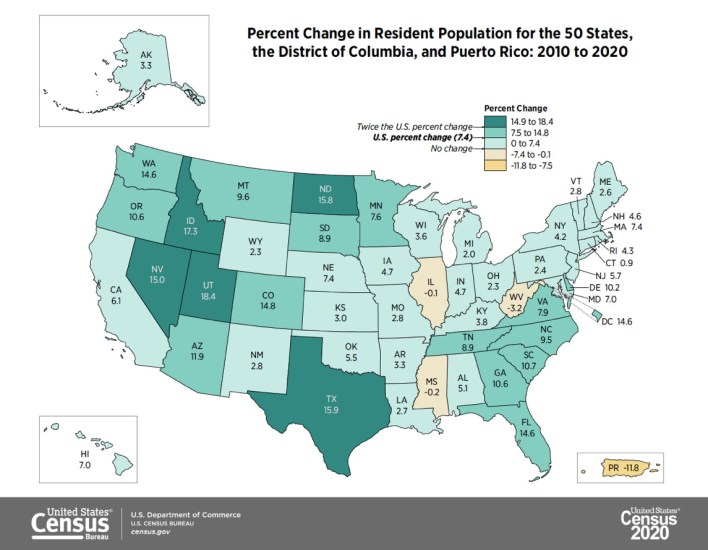 The post Changes in US Population 2010-2020 appeared first on Real Estate Investing Today.

« Homebuyers, let’s use 20th anniversary to call for a Bidding War Bill of Rights!
Listed: For $14.95 million, a Brattle Street Queen Anne designed by Cambridge royalty »