According to the Real Deal, Airbnb is gearing up to host over 34k bookings (so far) in South Florida during the upcoming Super Bowl 54 weekend.  By comparison, last year’s Super Bowl in Atlanta had less than half of that number.  In addition, they report that Airbnb’s average daily rate in Miami-Dade & Broward counties during the Super Bowl weekend is currently $ 120 and $ 150 – which they say is more affordable that hotel rates.  Indeed…

“Airbnb hosts have already picked up more than 34,000 bookings for the weekend of Super Bowl LIV, Jan. 30 to Feb. 2. That tops Art Basel weekend of Dec. 5-8, when the short-term rental company racked up 26,000 bookings, according to Airbnb spokesman Samuel Randall.  When Atlanta hosted the Super Bowl last year, the city experienced about 14,000 Airbnb bookings.”

Click here to read the full story at The Real Deal.

After voters statewide strongly rejected rent control in 1994, tenant groups have been pushing hard for its resurrection, getting far enough to have a major hearing on several bills on Beacon Hill last week. As I’ve written here before, economists have universally concluded that rent control does not work, and in many cases, it has actually resulted in higher rents overall. But that has not stopped liberal tenant groups like City Life/Vida Urbana from pushing this socialist policy and using their clout to get lawmakers to jump on the rent control bandwagon.

The best evidence of how lawmakers are kowtowing to these left wing groups is the travesty which transpired at the State House hearing on Jan. 14. The hearing lasted for 6.5 hours at which landlords were given only 15 minutes of speaking time. That’s not even 4% of the total hearing time. While representatives from the GBREB spoke first for about 10 minutes, the remaining six plus hours was a cattle call of tenant groups, paid housing lobbyists, affordable housing advocates, and public housing reps, advocating rent control and increased transfer and property taxes to subsidized their rents.

According to Doug Quattrochi, the Executive Director of MassLandlords, the largest statewide property owner trade association, the hearing was essentially rigged in favor of tenants. He said that legislators intentionally controlled the order of speakers to freeze out small landlords and property owners. There was a small army of small landlords who showed up early at 9AM, but were not allowed to speak at all, even though the hearing went until 6PM.

The implementation of rent control would cost Massachusetts rental property owners literally billions of dollars, and the best that Legislature can do is give them 15 minutes of speaking time?

The pest control and rodent removers at Orkin recently released their annual Top 50 Bed Bug Cities list.  Topping their list this year is Washington, D.C.  Orkin’s list is based on treatment data (residential & commercial) from metro areas where they performed the most bed bug treatments from 12/1/18 through 11/30/19.

“The key to preventing a bed bug infestation is early detection,” Hartzer said. “When one or more bed bugs enter a space, we call it an introduction. During an introduction, bed bugs probably haven’t started reproducing yet, but they could soon. Vigilance is key to stopping bed bugs before infestation levels.”

Click here to read the full release at Orkin.

National REIA endorses the use of ClearVue Bed Bug traps in the war against bed bugs. 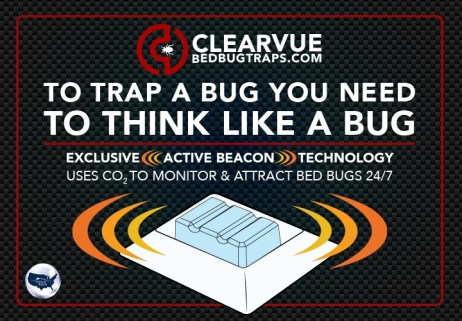 Inheriting the fine china? Many younger folks say no thanks

The reasons not to keep Grandma’s china were many. As it turns out, a lot of 30-somethings like me face this quandary. | realestate.boston.com

The post Inheriting the fine china? Many younger folks say no thanks appeared first on Boston.com Real Estate.

Florida: Come for the Weather and Stay for the Tax Relief 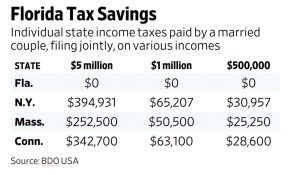 When you take a look at the raw numbers, they’re quite startling.  People (particularly wealthy people) who move to Florida from high-tax states can knock thousands of dollars off of their annual tax bills. States such as New York, New Jersey, Connecticut and California are seeing an exodus of high-income earners – especially in light of recent tax reform at the federal level which capped the state & local tax deduction (SALT), which effectively subsidized these states’ high taxes.  A recent article in the Wall Street Journal (reposted on Realtor.com) highlights this growing phenomenon and how it is affecting shifts in population from high- to low-tax states.

“Escaping state income taxes is a big part of the reason, but the federal Tax Cuts and Jobs Act of 2017 also plays a role. The law limits deductions on state and local taxes as well as the mortgage-interest deduction on federal tax returns. Factor in Florida’s lower cost of living relative to high-tax states, and the decision to move gets even easier.”

“I have to admit that I was surprised by how much of a financial savings” is achieved by moving to Florida. “It is crazy money,” says Connor Lynch, chief executive of Plastridge Insurance Agency based in Delray Beach, Fla. 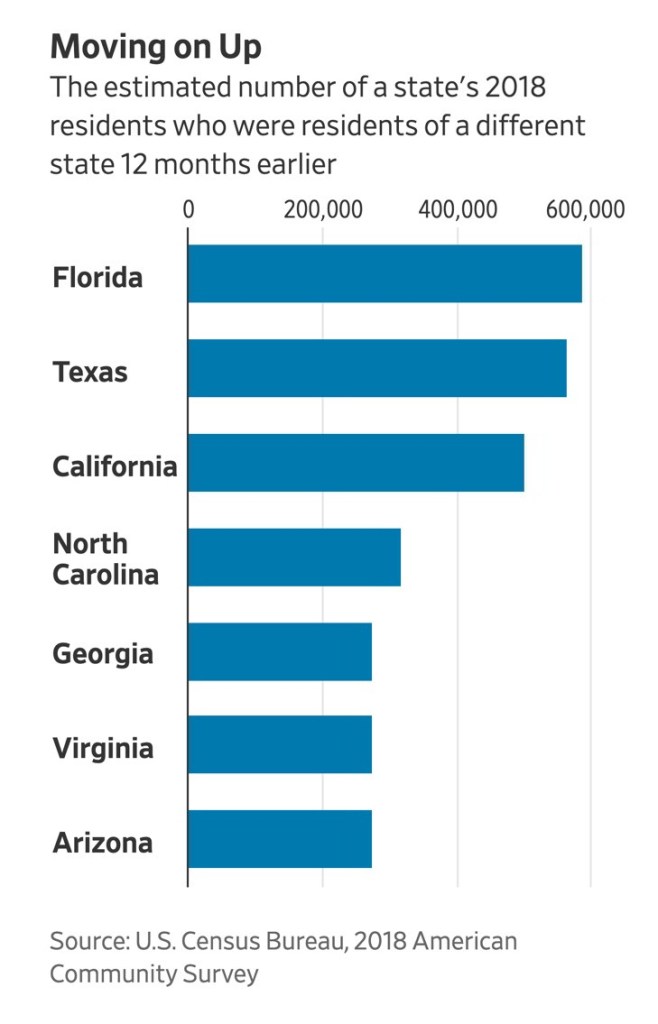 The post Florida: Come for the Weather and Stay for the Tax Relief appeared first on Real Estate Investing Today.

Just listed: A sleek contemporary on the North Shore for about .9 million

The master suite features two walk-in closets with custom built-ins and a bath with a soaking tub and a steam shower. | realestate.boston.com

The post Just listed: A sleek contemporary on the North Shore for about $ 1.9 million appeared first on Boston.com Real Estate.

California to Create its Own Consumer Financial Protection Bureau

Apparently, California still has more tricks up its sleeves to potentially drive out businesses and residents.  As part of his annual state budget, California Governor Gavin Newsom included a proposal for the state to establish its own Consumer Financial Protection Bureau.  According to the LA Times, the proposal would overhaul the existing Department of Business Oversight and rename it the Department of Financial Protection and Innovation.  In addition, they report that the Governor’s office said no new funding will be required.  Indeed…

“Details at this point are scant. But it appears what California is trying to do is create a state version of the Consumer Financial Protection Bureau. That’s the federal agency created by the Dodd-Frank Wall Street Reform and Consumer Protection Act signed into law by President Obama in 2010.”

Click here to read the full story at the LA Times.

Just listed: For 9,000, a charming antique Colonial in Acushnet. See inside.

This antique home strikes the perfect balance of original details and modern advantages. Search the latest listings to rent or buy at realestate.boston.com.

The post Just listed: For $ 549,000, a charming antique Colonial in Acushnet. See inside. appeared first on Boston.com Real Estate.