According Black Knight’s latest Mortgage Monitor, April saw the largest single-month increase in delinquencies on record, coming in at nearly 3 times the previous record in November, 2008.  Black Knight’s delinquency numbers include both homeowners past due on mortgage payments who are not in forbearance, as well as those who are in forbearance plans and did not make an April mortgage payment.

Black Knight’s monthly monitor reviews some of the high-level mortgage performance statistics reported in their most recent First Look report, as well as an update on delinquency, foreclosure and prepayment trends. They then drill further down into April’s mortgage performance data, including a breakdown of delinquency rate increases by geography, property value and investor class. 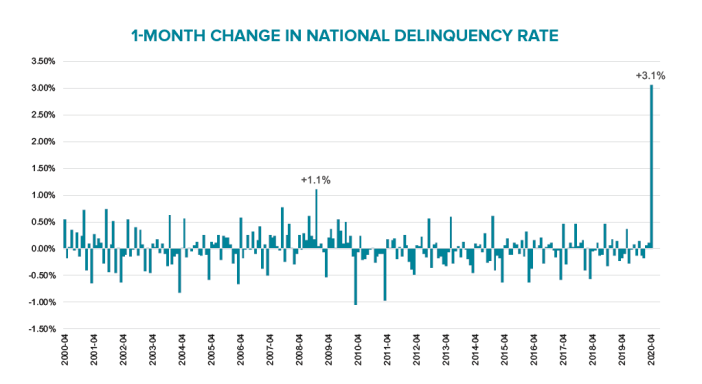 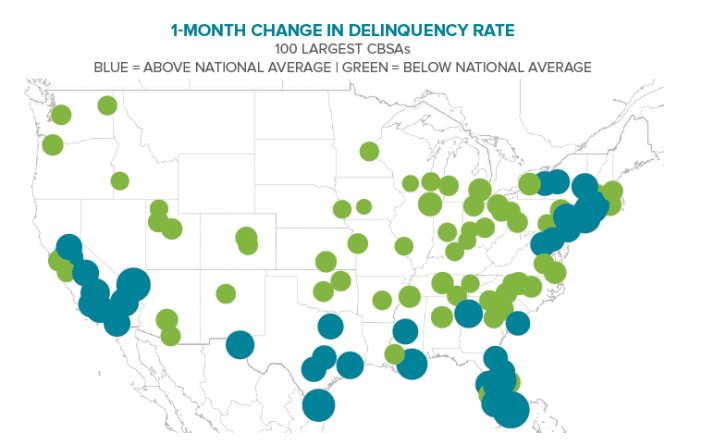 Click here to read the full report at Black Knight.