Apartment List says rent growth has cooled substantially from last year’s peak with year-over-year rent growth currently standing at a record-setting 17.8%.  However, over the past four months, rents only increased by a total of just 0.9%.  In February, 41 of the nation’s 100 largest cities saw rents fall with just five cities seeing an increase by more than 1%.  Apartment List says it remains to be seen if rapid rent growth will return as moving activity picks back up in the spring and summer.  Indeed…

“After the first and only national rent decline of 2021, January brought a return to positive rent growth, with a modest 0.2 percent increase. That said, our national rent index has still been essentially flat for the past three months…While the apartment market remains tight – the national vacancy rate sits just above 4 percent compared to 6 percent pre-pandemic…” 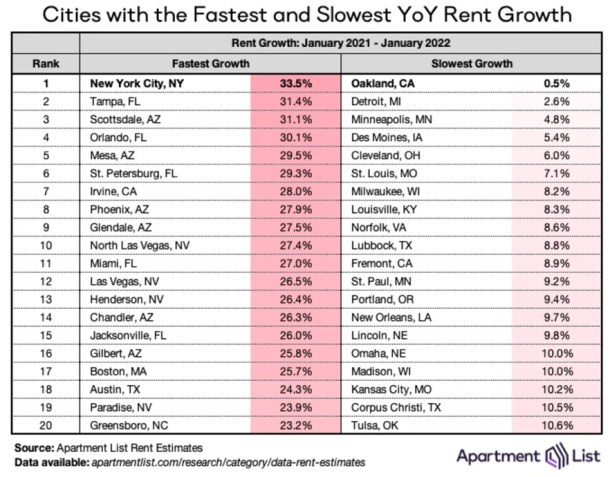 « With sea level rise to come, Mayor Wu is turning her attention to East Boston’s waterfront. Here’s what to know.
Alec Baldwin and his family purchase a retreat in Vermont »