One of America’s great strengths lies in the diversity of her people.  In fact, it is reflected in our country’s Latin motto, “E pluribus unum” – which means “out of many, one.  With that in mind, today’s infographic from Visual Capitalist uses Census data to visualize America’s population by race.  Stay Safe and have a Happy Friday!!!

“Charting the U.S. population by race is crucial for a number of reasons. This information can be used to better understand existing income and wealth gaps, track public health outcomes, and to aid in policy decision-making at higher levels.” 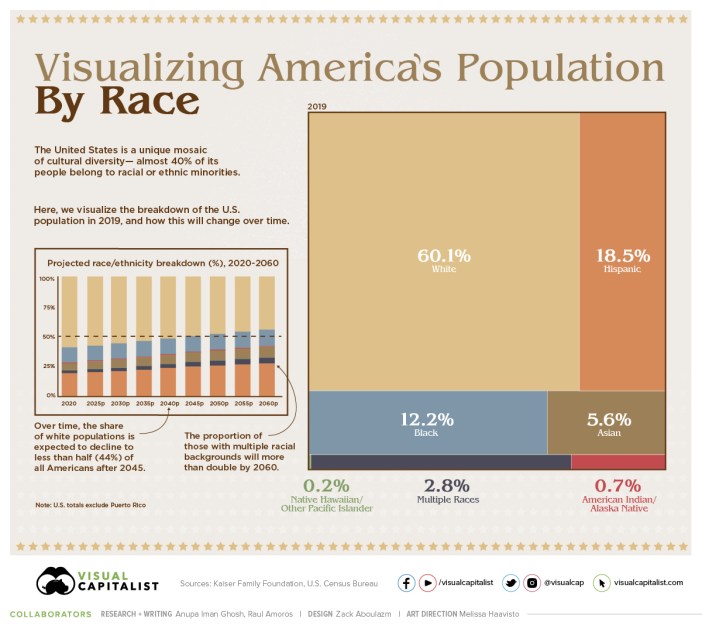 « The Stockbridge country store depicted by Norman Rockwell is for sale
In former Suffolk University Law buildings, The Archer Residences has hit the market »