Citing data from the American Community Survey, The NAHB’s Eye on Housing says the median age of owner-occupied homes in the U.S. is 39 years.  They say this aging housing stock is signaling a growing remodeling market, as older structures will need to add new amenities, and repair/replace older components.  They also point out that residential construction continues to fall behind in the number of new homes built.  Indeed… 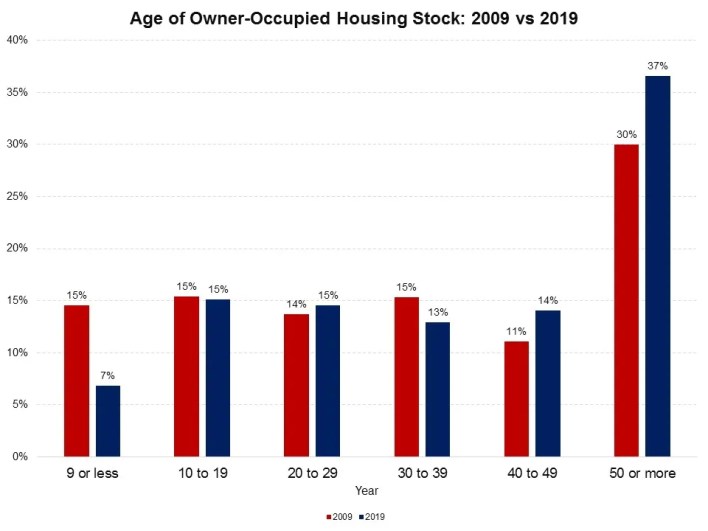 Click here to read the full story the NAHB’s Eye on Housing.