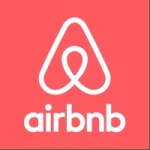 We first posted about this last summer when Airbnb announced that they were fighting back against Jersey City (a NJ suburb of New York City) over new laws that severely limit short-term rentals.  So, Airbnb gathered the requisite number of signatures to get it placed on November 5th ballot and then spent over $ 4 million on a campaign to repeal the legislation.  Now, fast forward to this past election day in which the measure was soundly upheld by voters with over 69% of the vote.  According to reports, Airbnb’s opponents, a coalition of  hotel industry and union workers, spent around $ 1 million to defeat the measure.   The regulations require strict permits to operate short-term rentals and impose limitations on which properties are eligible, limits them to 60 nights a year if the owner is not present, bans rent-controlled properties from being short-term rentals, and, of course creates new permit fees.  Indeed…..

“The people of Jersey City have spoken,” Jersey City Mayor Steven Fulop said in a statement Wednesday to CNBC. “We sent a message to Airbnb and all multibillion dollar companies that Jersey City and other similar municipalities cannot be bought.”

“From the start of this campaign, we knew this was going to be one of the toughest fights we’ve faced, with the big New York hotel industry determined to fight home sharing, but we had an obligation to stand up for our community,” Christopher Nulty, a spokesperson for Airbnb, said.

Click here to read the full story at CNBC.com.