National apartment listing site ABODO recently reported that the median nationwide rent price for one-bedroom units in February was $ 1,090 with two-bedroom units coming in at $ 1,348.  ABODO uses over 1 million listings across the United States to calculate the median 1-bedroom rent price by city, state, and nation and then track the month-over-month percentage change. To avoid small sample sizes, they restrict their analysis to cities meeting minimum population and property count thresholds. Be sure to check out their extensive city list. 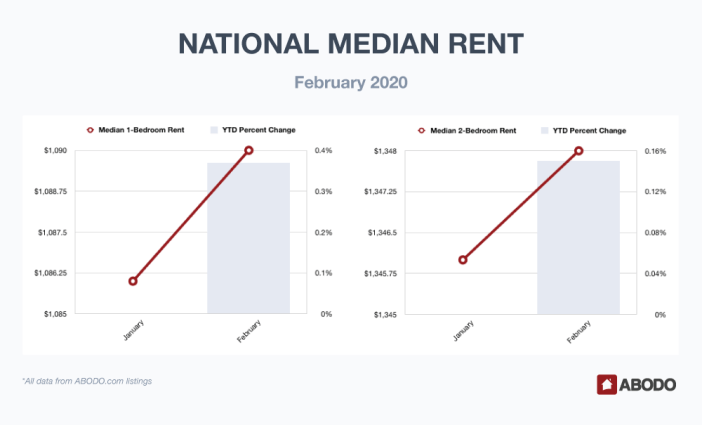 Click here to read the full report on ABODO.com.