“There are some hopeful signs that the pandemic is easing in some parts of the country, and the much-anticipated vaccine seems to be moving to fruition. That said, even if the virus disappeared tomorrow, we still see a stable apartment rental market because we just do not foresee things returning to normal for a while.”

ABODO uses over 1 million listings across the United States to calculate the median 1-bedroom rent price by city, state, and nation and then track the month-over-month percentage change. To avoid small sample sizes, they restrict their analysis to cities meeting minimum population and property count thresholds. Be sure to check out their extensive city list. 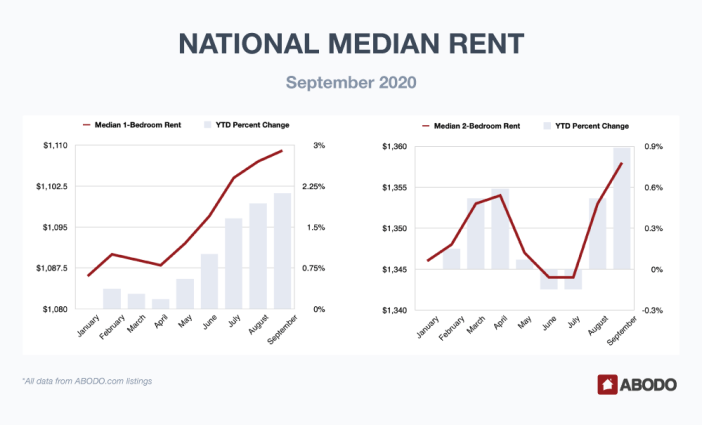 Click here to read the full report at ABODO.com.