National apartment listing site ABODO recently reported that the median nationwide rent price for one-bedroom units in August was $ 1,107 with two-bedroom units coming in at $ 1,358.  ABODO says that, for the most part, rent is remaining flat and August’s data reinforces that trend.  Indeed…

“Landlords seem happy to just collect rent, and we believe that rent increases have been put on the back burner because as we have mentioned before, some rent is better than no rent at all.”

ABODO uses over 1 million listings across the United States to calculate the median 1-bedroom rent price by city, state, and nation and then track the month-over-month percentage change. To avoid small sample sizes, they restrict their analysis to cities meeting minimum population and property count thresholds. Be sure to check out their extensive city list. 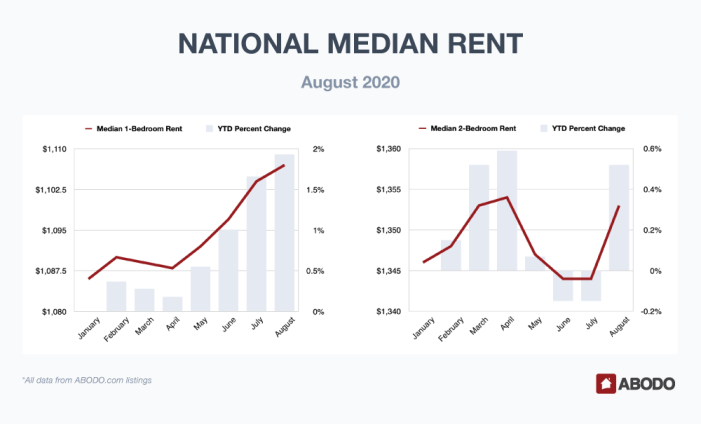 Click here to read the full report at Abodo.com.